“How lucky I am to have something that makes saying goodbye so hard.” ~A.A. Milne, Winnie-the-Pooh

It’s hard to believe I said goodbye to Steve just eight days ago. These days have been a blur, but because my faith is in a gracious God, along with the love and support of our incredible children, family and friends I have been able to feel God blanket me in a peace and comfort I never knew possible.

The last entry I wrote concerning Steve’s health was the morning before we said goodbye, for now. The Hospice doctor had visited Steve around 3 p.m. Monday and felt he was stable enough to dismiss the critical care nurses on Tuesday. Steve would now be bed bound, his speech--difficult, his breathing labored, life was dismissal. He knew it and I knew it and we were both frightened. I believe Steve, having all of his medical background knew far more of what he was facing than I knew and he grew silent. I paced, prayed and sat by his side. Bonnie remained with us throughout, oh how grateful I will forever be to my sweet sister for giving all of herself to us through this time.

Evening came, I took a requested baked potato and a glass of wine to Steve's bed tray and decided to take my dinner as well and eat with him. Steve and I have always loved our dinners together. We’d often find ourselves sitting for an up to an hour over a glass of wine after dinner, laughing about our past, our life together, our love affair with one another.

In mid-April Steve mentioned to me one night during one of these talks that he had set a goal. I curiously asked him what it was? He said, “I want to live until July 20th .” Puzzled why he had chosen that date, I asked, “Why the 20th ?” His soft response was, “Because then I will have known you for 20 years.” I told him that was a deal and I kissed him and made him promise to keep his goal.

Monday night, the 8th, it was becoming more difficult for him to see, he was so weak that I was having to spoon up his bites of food and help him hold the wine to his mouth, but he ate. While we were eating I started talking about our first date, my white puffy shirt, how nervous I was to even be having a date, I rattled on and on saying anything to try to quiet his ever increasing labored breathing. I have no doubt that at the end of my story God spoke to my heart, because the next thing I heard myself saying was, “Steve, you know what today is don’t you?” He looked at me with his sweet questioning eyes? I finished my sentence, “Today is July 20th.” “Really…?” he asked, I smiled and nodded.  He closed his eyes, smiled and nodded. He then held out his wine glass and simply said, “More.”  He had a piece of his favorite German chocolate cake, that our wonderful neighbor Casey had made for him. Closed his eyes and slept.

At 8:30 p.m. Brooke came by to give him a quick hug. Bon and I sat in the kitchen and we were brought to our feet when we heard Steve say so loud, so clearly, so Steve…”Well, hey!” Brooke gave him a hug, told him she loved him, he mumbled that he loved her as well, and he fell back asleep.

It wasn’t 30 minutes later that the Hospice nurse came in to say she felt Steve was getting worse and called for more equipment.  The nurse told me to go on to bed, she would call if anything happened that I needed to know.

I talked to him at 10 p.m. Telling him I loved him, that I would see him in the morning, the nurse would sit in the room with him...he nodded.

As Steve slept Bonnie and I came into the bedroom.  We sat in the dark on our bed, Steve was in a hospital bed next to us. We prayed silently but, but in unison.  I finally went up to bed around 10:30.

It wasn't twenty minutes later that Steve found himself cradled in the arms our loving Father, who welcomed him home saying, “Well done, my good and faithful servant.”

Oh, how blessed I am to have something that makes saying goodbye so hard. I love you dear Steve. May you rest in God’s arms until we meet again. 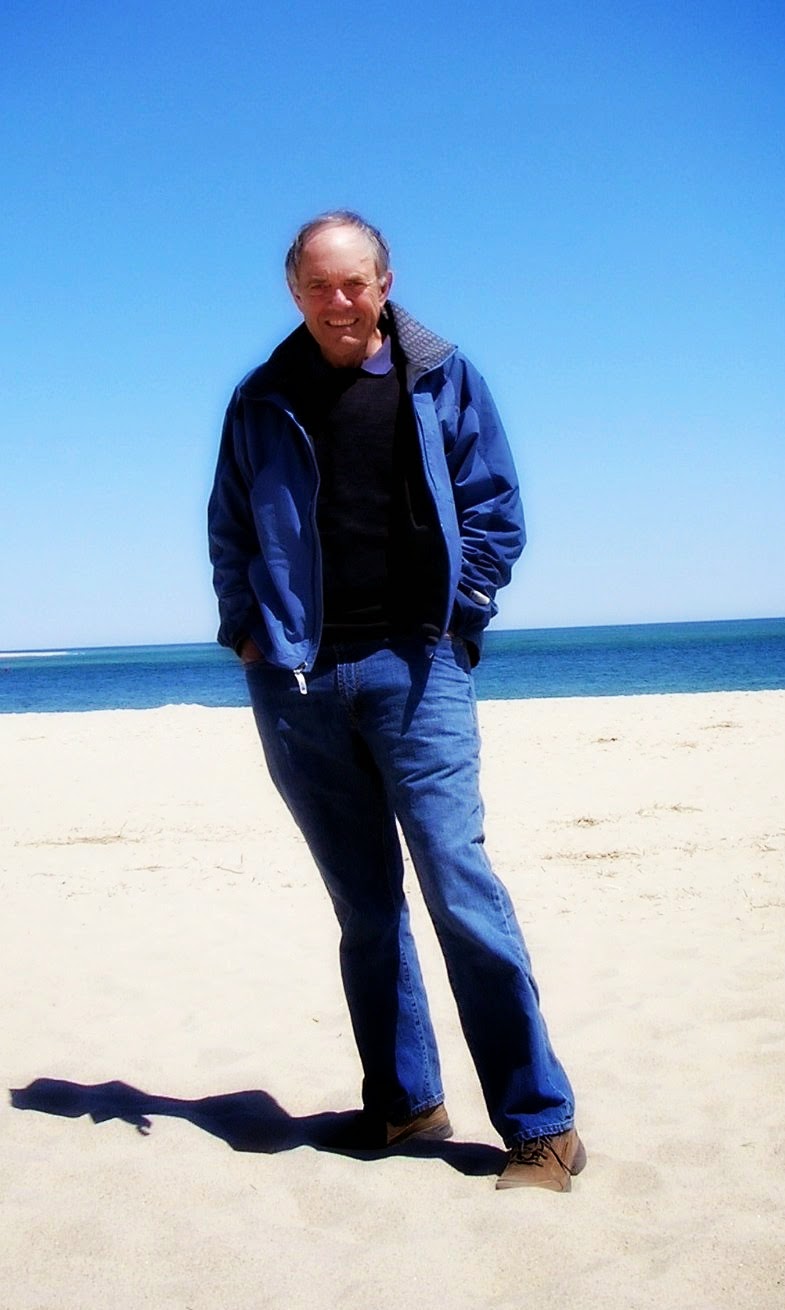