Last week we celebrated Harper’s 4th birthday and the feeling that she will always be a gift from God, an amazing miracle and extra special fills me to my very core. 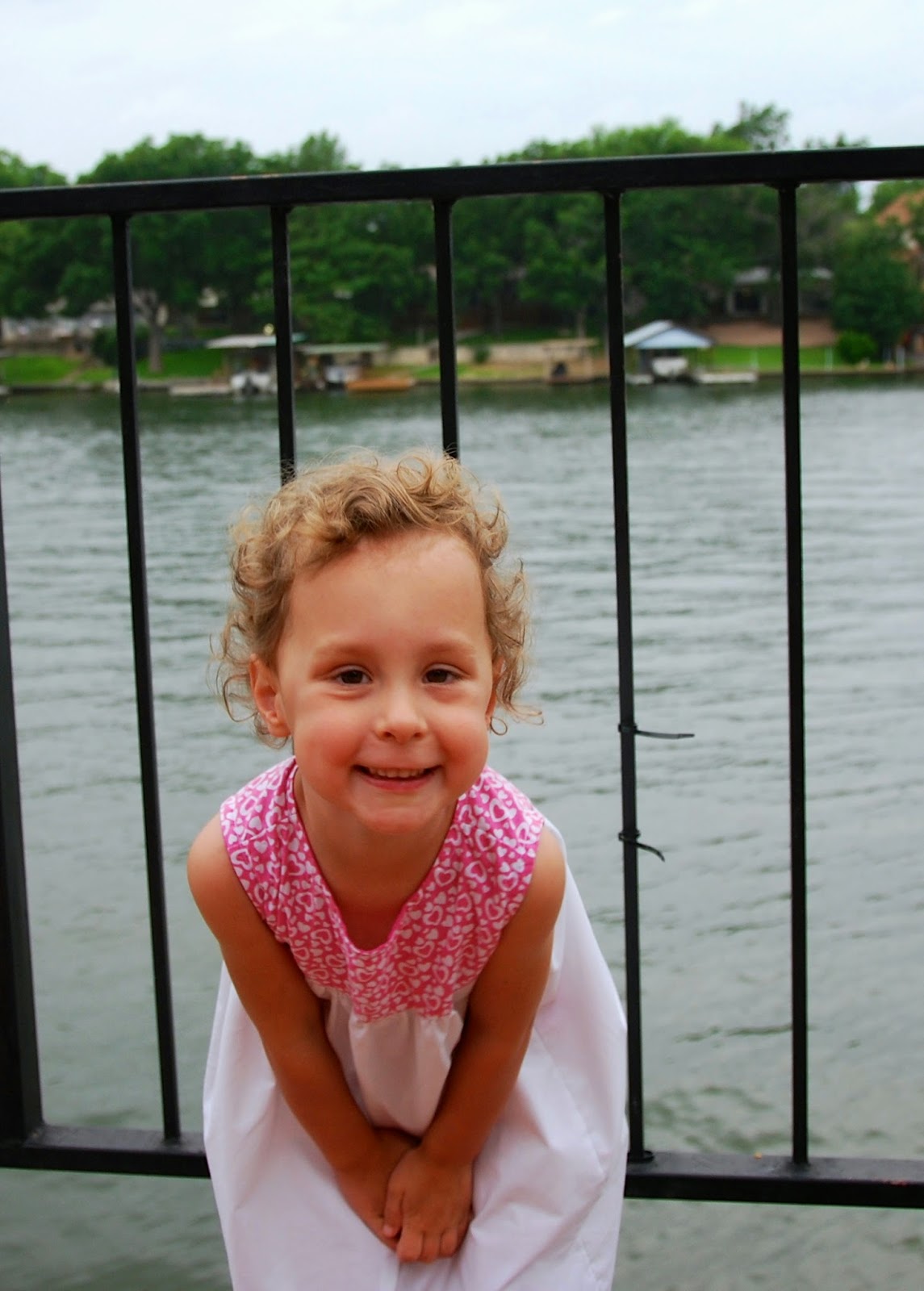 You know those moments in life when you hear devastating words that catch you off balance?  Those moments when replayed in your mind, you are able to recall the exact place you were when you first heard these words.  Even the slightest reminder sends you tumbling back in time.  You are there...sitting in that chair, or standing in a particular store, or maybe eating in certain restaurant and all the feelings that you had moments before hearing these life changing words are frozen and now all that will ever exist is the feeling you felt when you first heard those words that would change your life forever.

I vividly remember the winter of 2010.  Brooke and Jared were living in Atlanta and they were 12 weeks into their first pregnancy.  The phone rang, I was cooking dinner and Brooke told me there was a “slight hiccup” in the baby’s sonogram.   She tried to sound calm, but I could feel the tension in her voice from a thousand miles away.

That “slight hiccup” ended up developing into a serious birth defect.  I had never heard the word before and had no clue what it entailed, but the term giant omphalocele quickly became part of our reality. 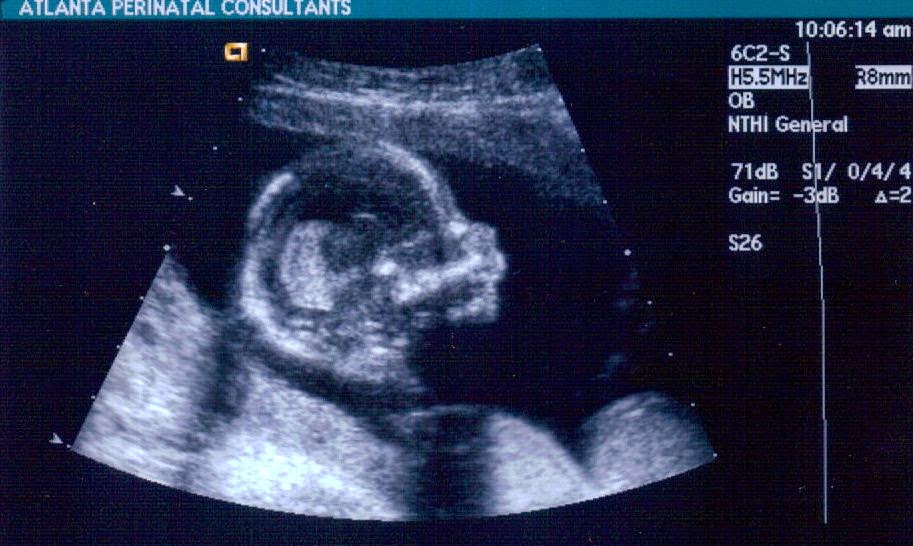 As this child grew in utero all of our fears grew larger and darker and more troubling.  News that the child within might not survive, might have serious life-long issues, or be seriously restricted by this birth defect enveloped each of us through out the next year to follow.

I watched my strong, professional, courageous, young daughter remain stoic. I also was by her side when she would melt into puddles of tears when those darkest of fears were simply too overwhelming.

I will tell you that as Brooke’s mother, my heart was heavy as a heart could be, not only for this child within, but more so for my precious daughter and her darling husband.  I wept mountains of tears for what might come. I prayed daily asking for God’s mercy, asking for a miracle that by all medical certainty could simply not be reversed.

August 4th finally came.  Harper Elizabeth was born by c-section and was to spend the next three months in the NICU.  We still had scary days ahead of us, and we knew it would be a long time until Harper might be out of the woods.  God was merciful, he blessed us and he answered my prayers more than I could ever imagine possible.

Brooke was a constant in Harper's life from the moment she was born.  She mothered Harper with more devotion and determination than she could ever put into any job.  She was at the NICU every day and many nights.  Her days were long.  At first, Harper was unable to be held until the O started to solidify.  The holding times grew longer as Harper healed and I would go at least once every day to now spend time with both Brooke, and Harper. 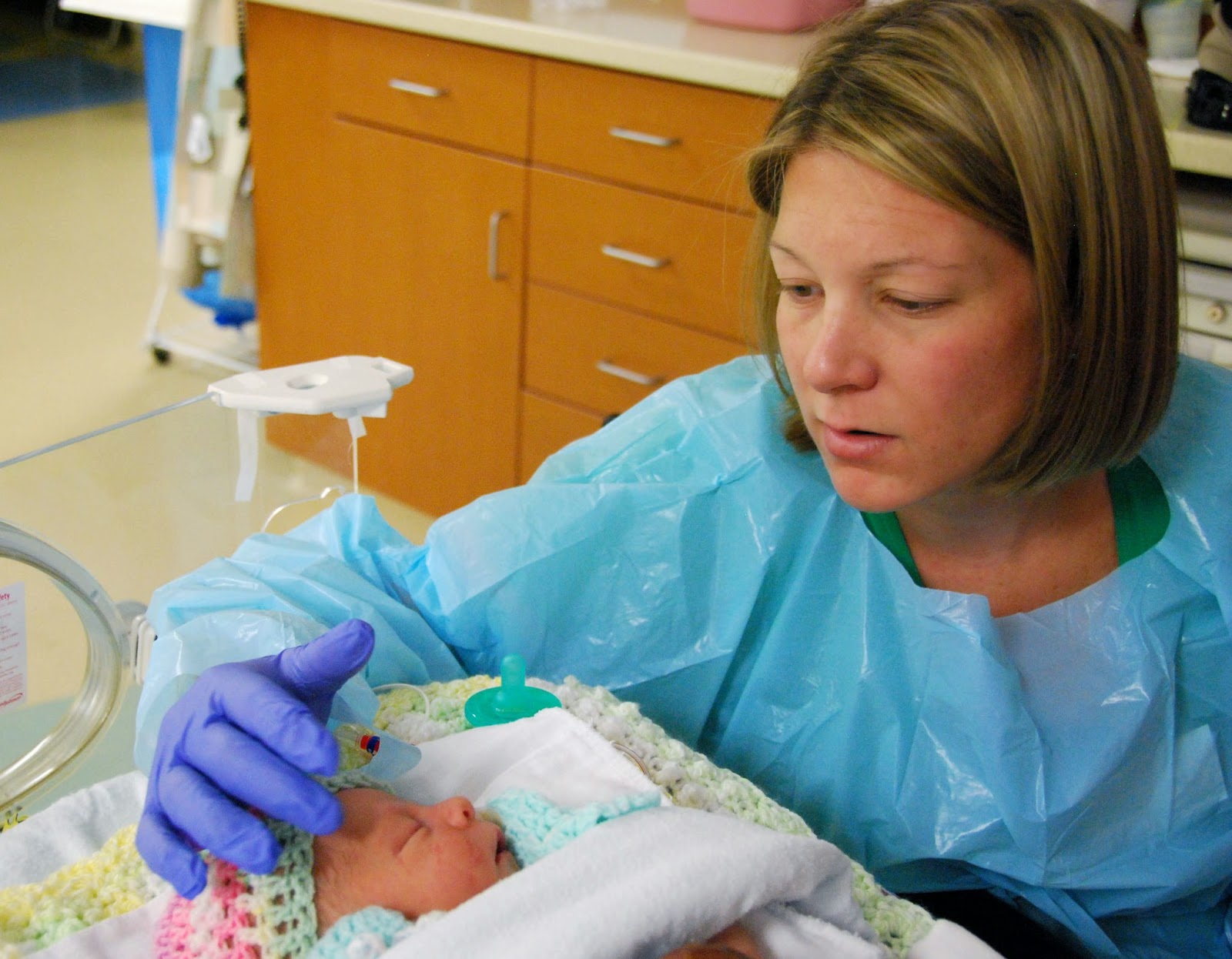 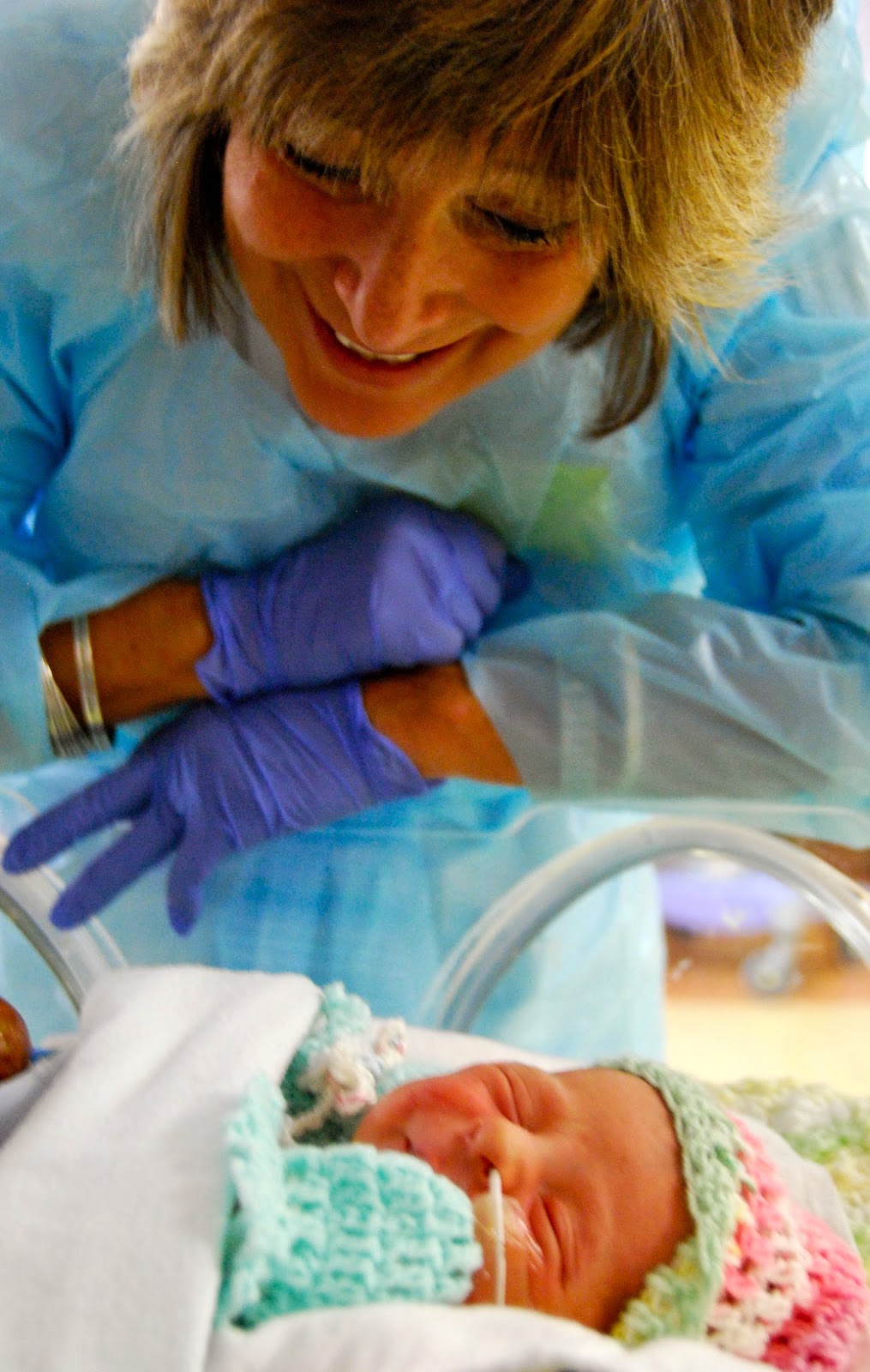 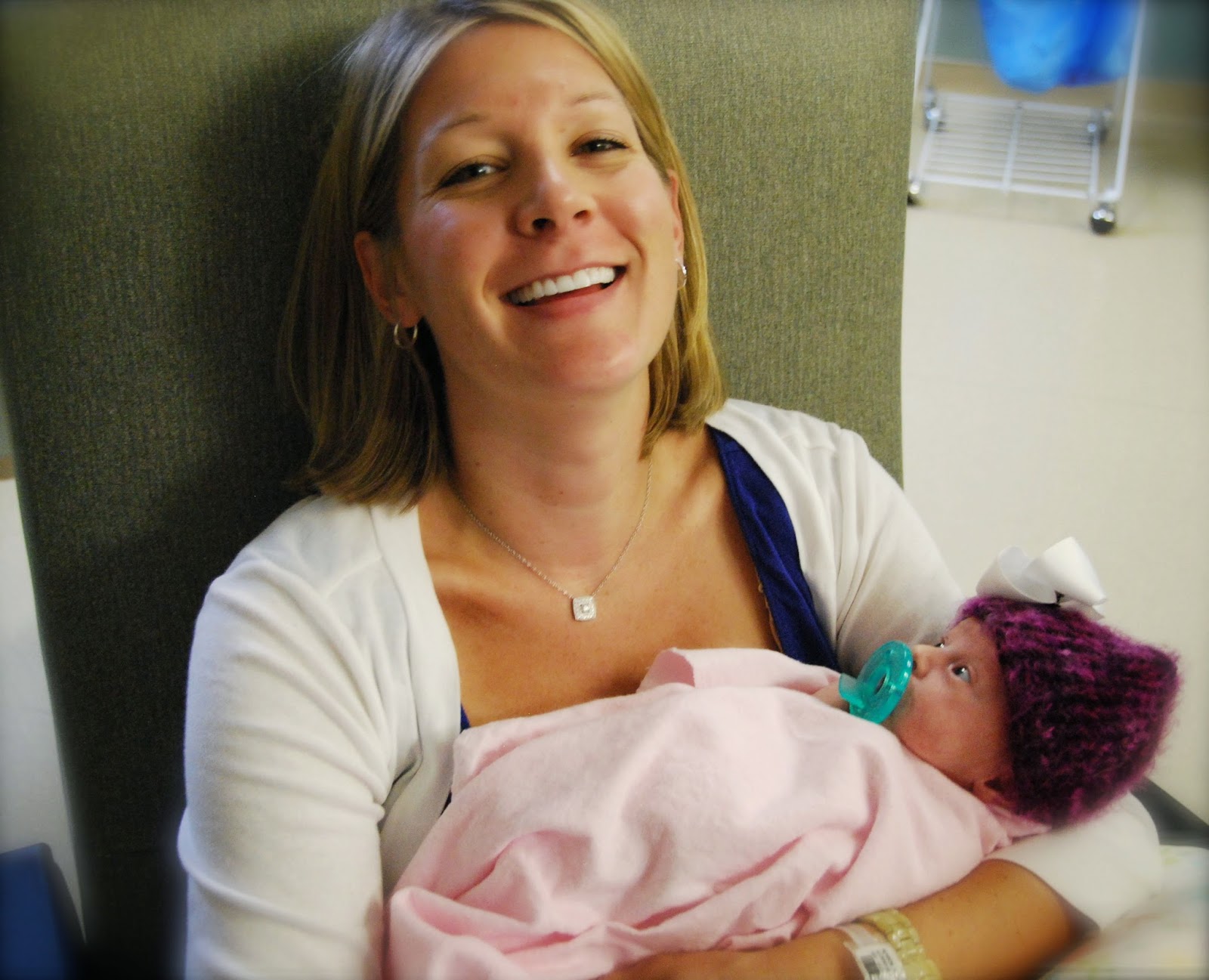 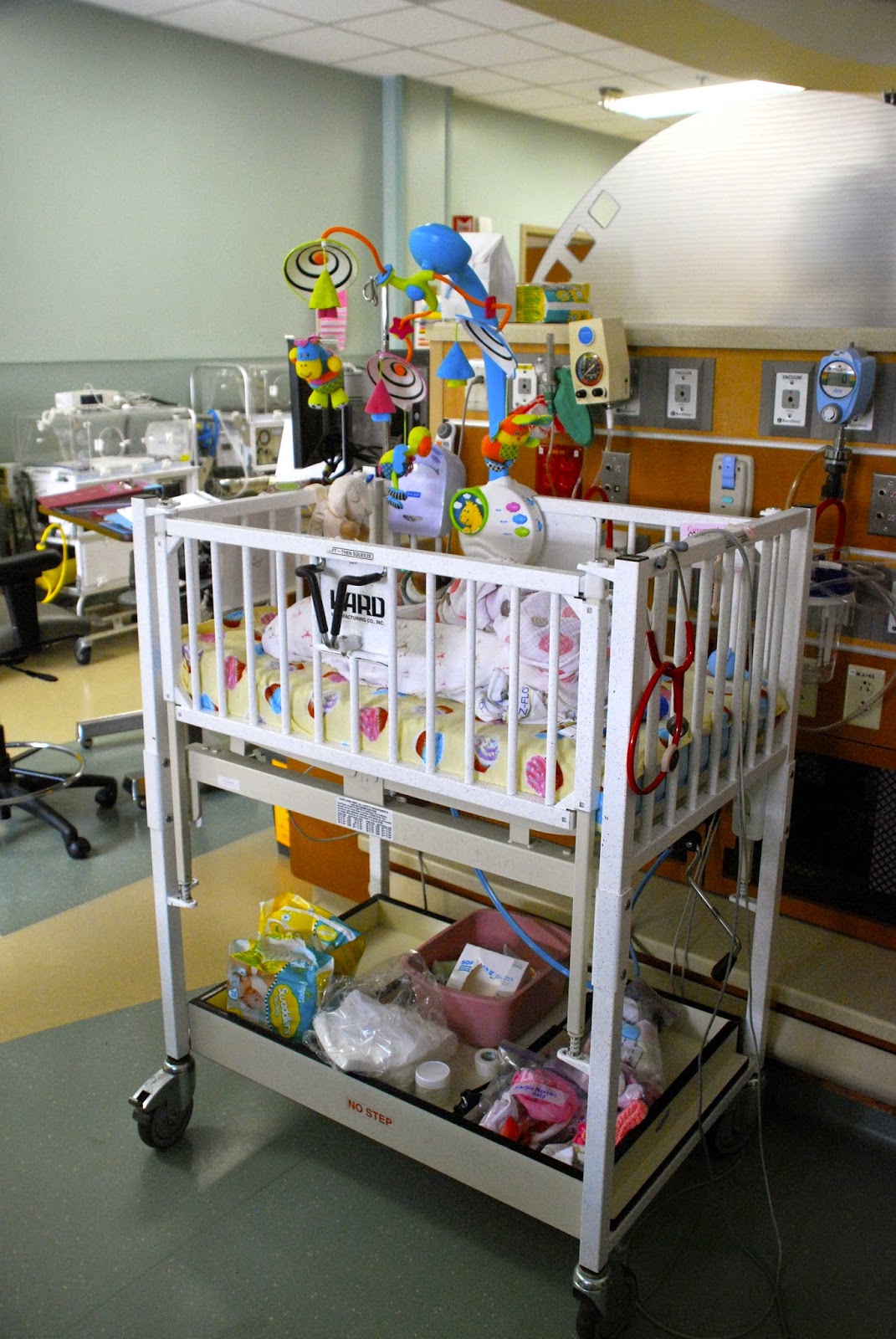 There has been something extraordinary about Harper from the start.  She would take you in with her big brown eyes. She seemed able to look deeper within me than I thought possible.  Trying to discover who I might really be.  We spent long hours rocking and looking into one another’s eyes. To this day I still find a knowing wisdom that lies within the lovely eyes of my granddaughter. 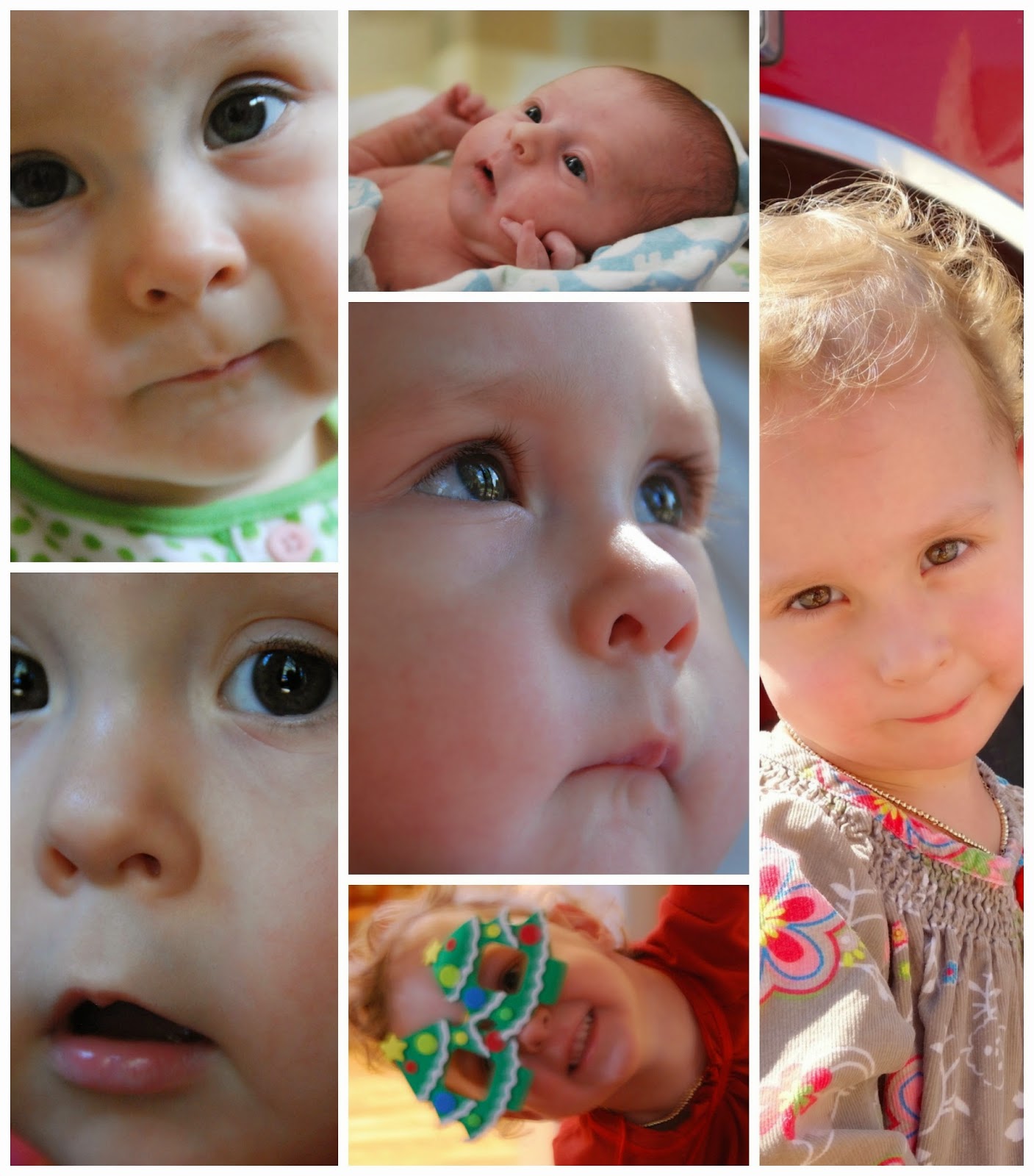 There were developmental delays with Harper, but her physical condition soared.  She grew into her O and finally in July before her 1st birthday she had surgery on her little tummy and was also given a brand new belly button.  She was on her way to putting those dark unknown days behind us.

While Harper might have been a little late in sitting up, crawling, even walking, she made up in soaking up knowledge like a little sponge.  Her first passion was for letters.  Soon after her 1st birthday Harps began to have a great curiosity in the alphabet.  Letters and puzzles became Steve and Harper’s favorite past time.  They could sit for hours talking about different letters and working puzzles.  Grandy could never quit talking about how amazing his little pal was.  I loved nothing more than sitting and watching the two of them with their heads together chattering at length about all things wonderful.  Oh what a gift Harper was for Steve.  As sick as he became, he always wanted an opportunity to watch her curiosity and personality unfold. 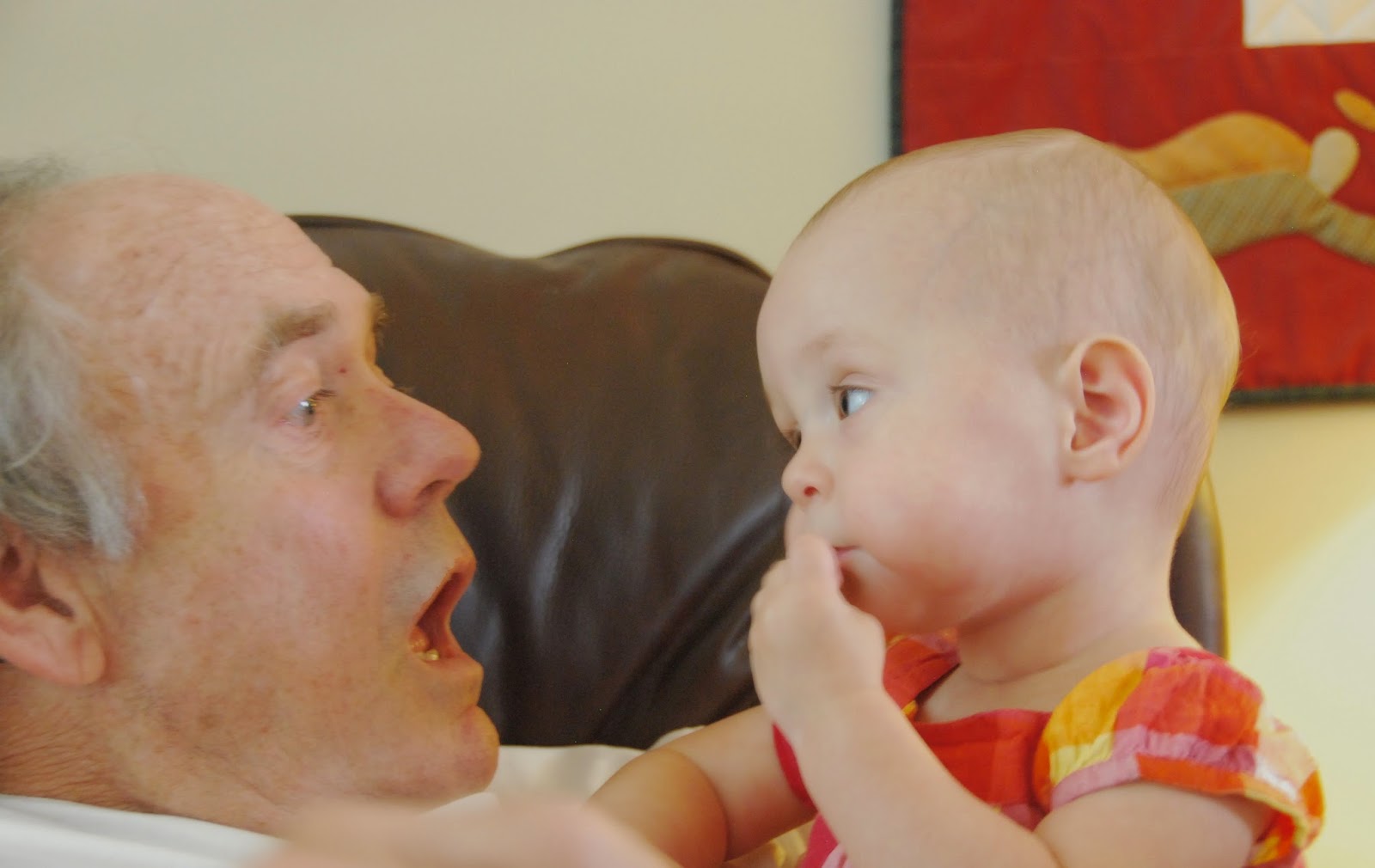 At an early age, probably because in the NICU she was unable to wear cute little baby outfits and partially because she was bald...forever, Brooke and I began buying and making her caps and hats.  I hope she will never lose this devotion for hats.  What fun it was to walk in and find her plopping different ones on her little head. 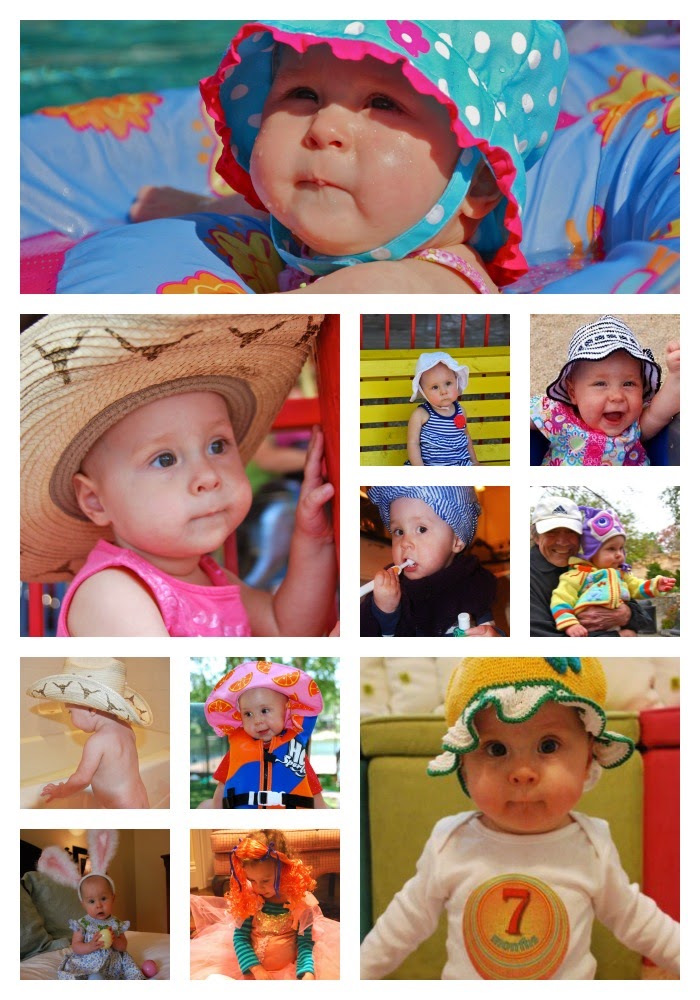 Harper’s next passion involved transportation vehicles and construction site equipment.  She quickly new the difference between excavators and backhoes and slept and played with only trucks, buses and earth moving toys. 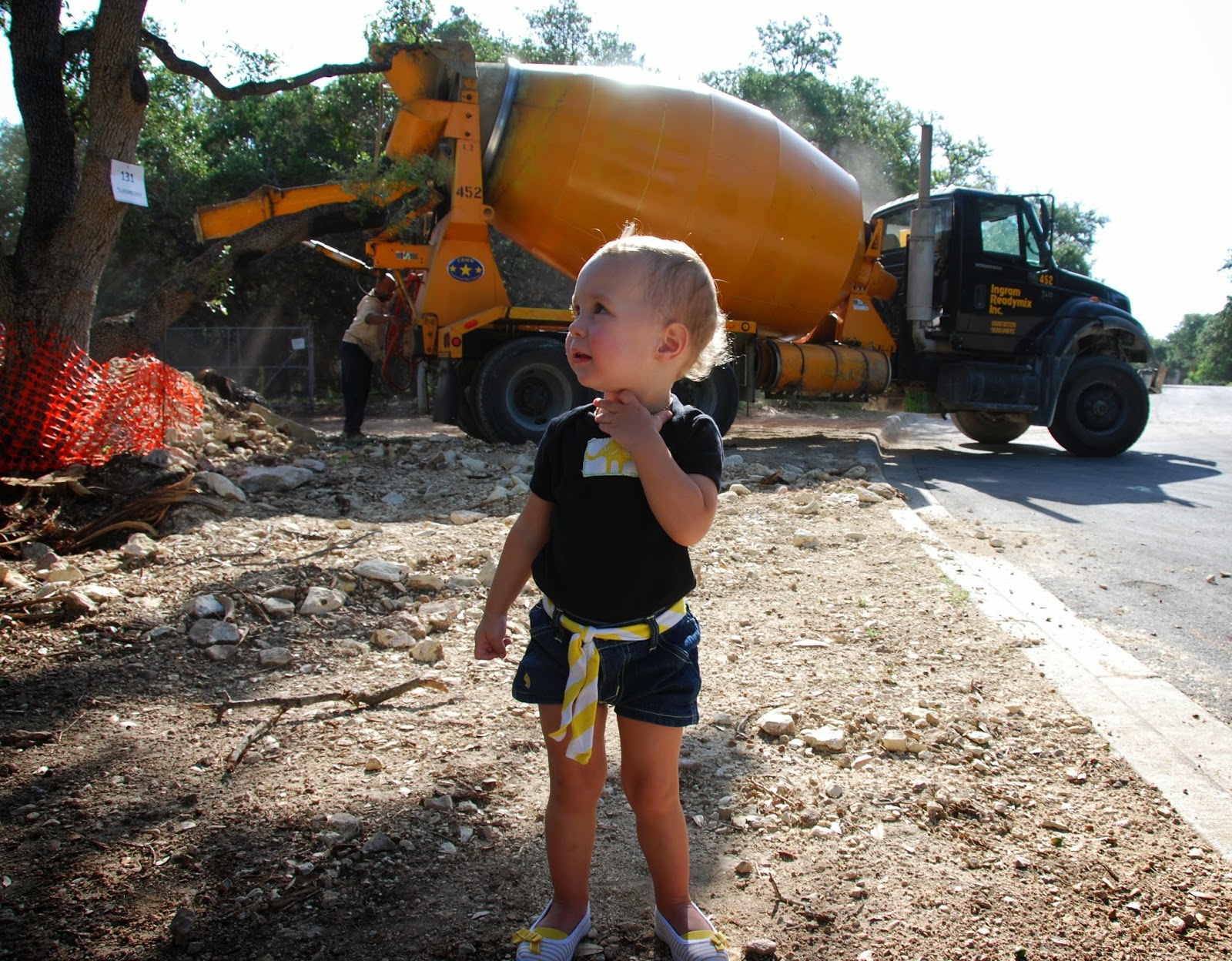 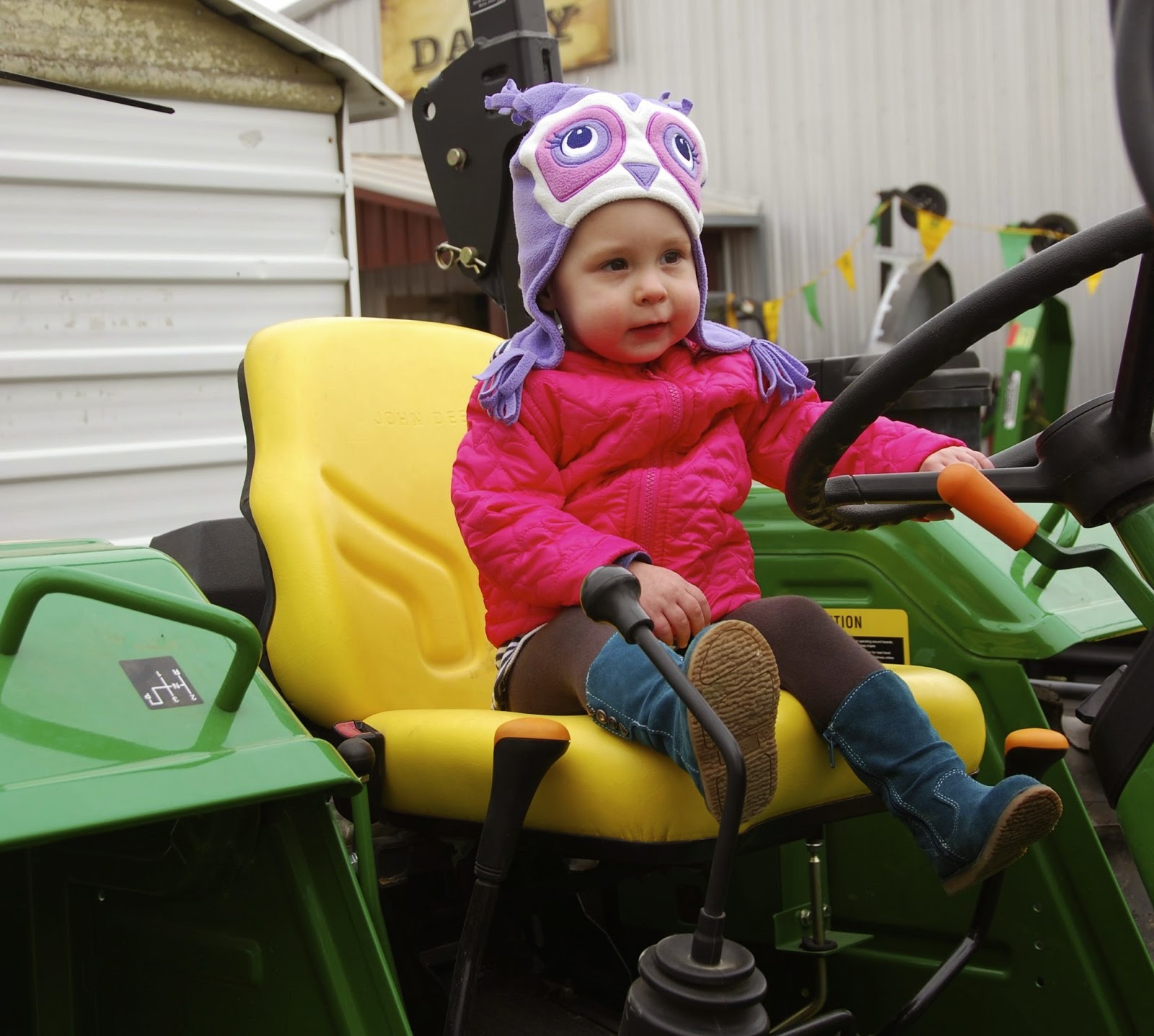 From there we fell in love with dinosaurs.  I say "we" because Harps was very demanding about proper naming of these large critters. She thought nothing of correcting of us when we would mix up a Allosaurus with a Ankylosaurus...this is no exaggeration.  At three years old she was telling everyone she was going to be an paleontologist. 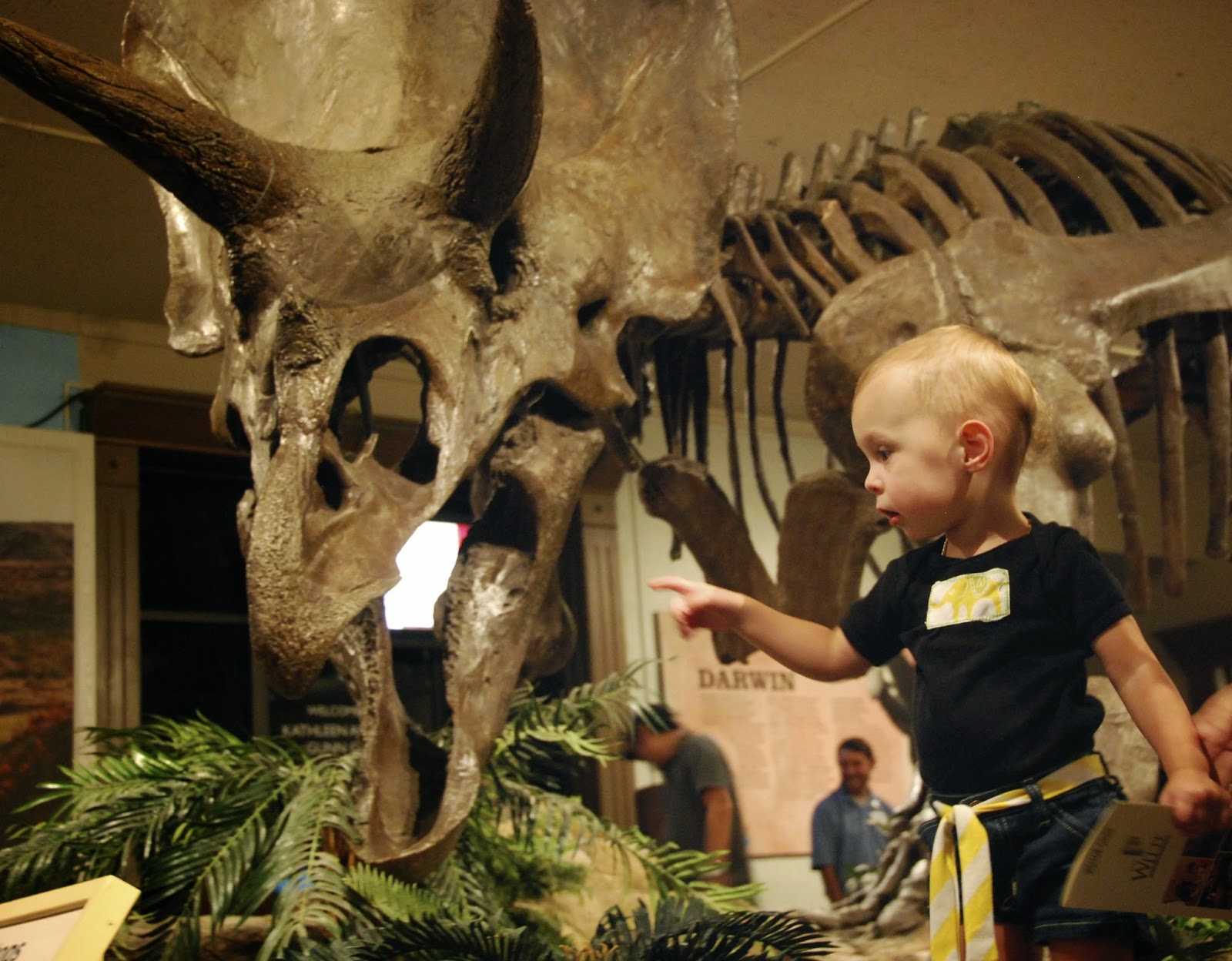 Then the inevitable happened...Disney princesses came into her world.  The door to pink, purple, frilly, prissy and beautiful opened and Harper was sucked into it like a Hoover Wind Tunnel Vacuum Cleaner. 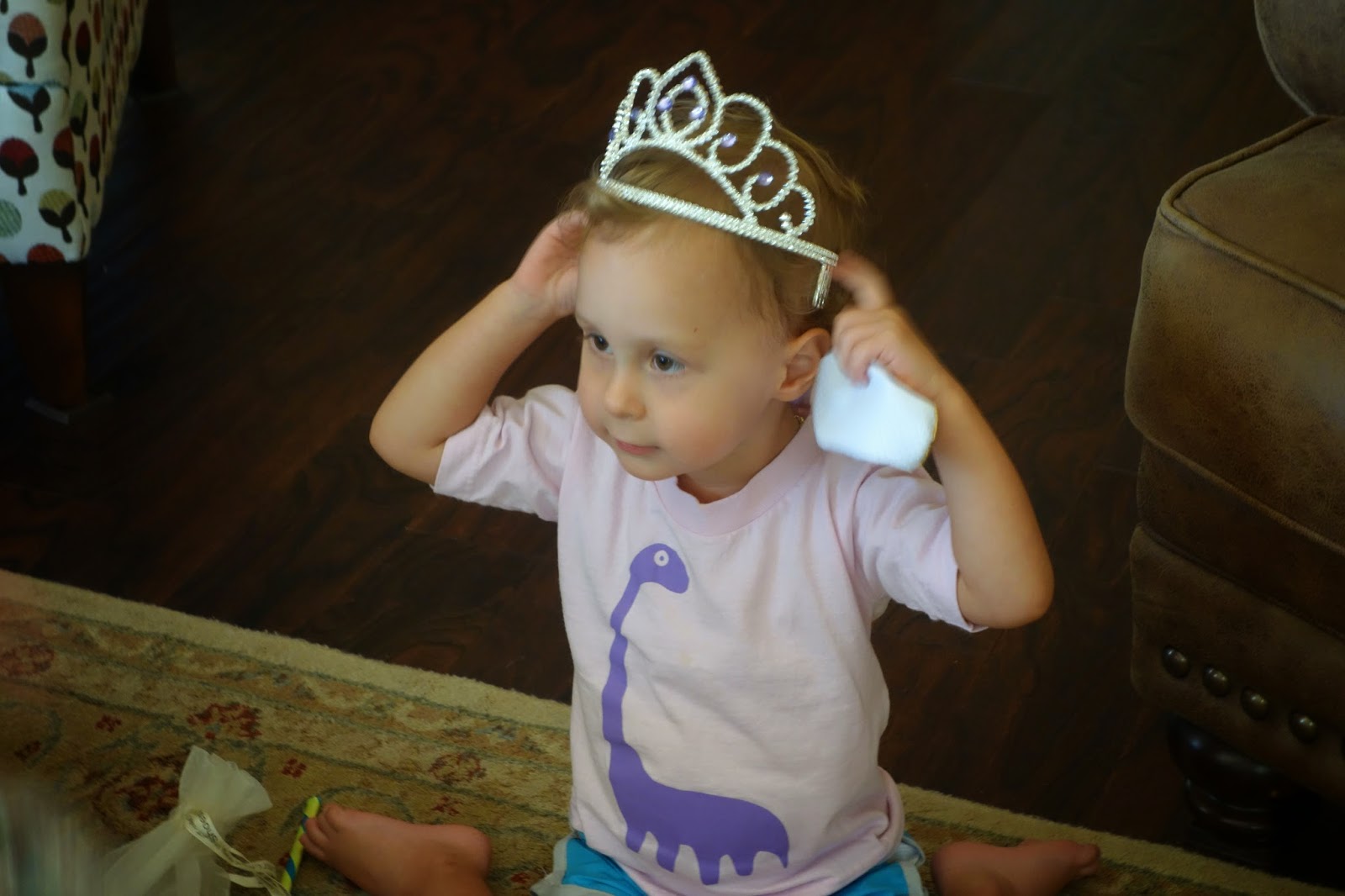 We now stand amazed at how many times a day a girl can change into another lovely ball gown.  We spend hours talking about why Cinderella’s step-mother didn’t want her to go to the ball. Why Elsa and Anna’s parents had to die on board that ship? Why the evil Maleficent had it in for Aurora a.k.a. Sleeping Beauty???? 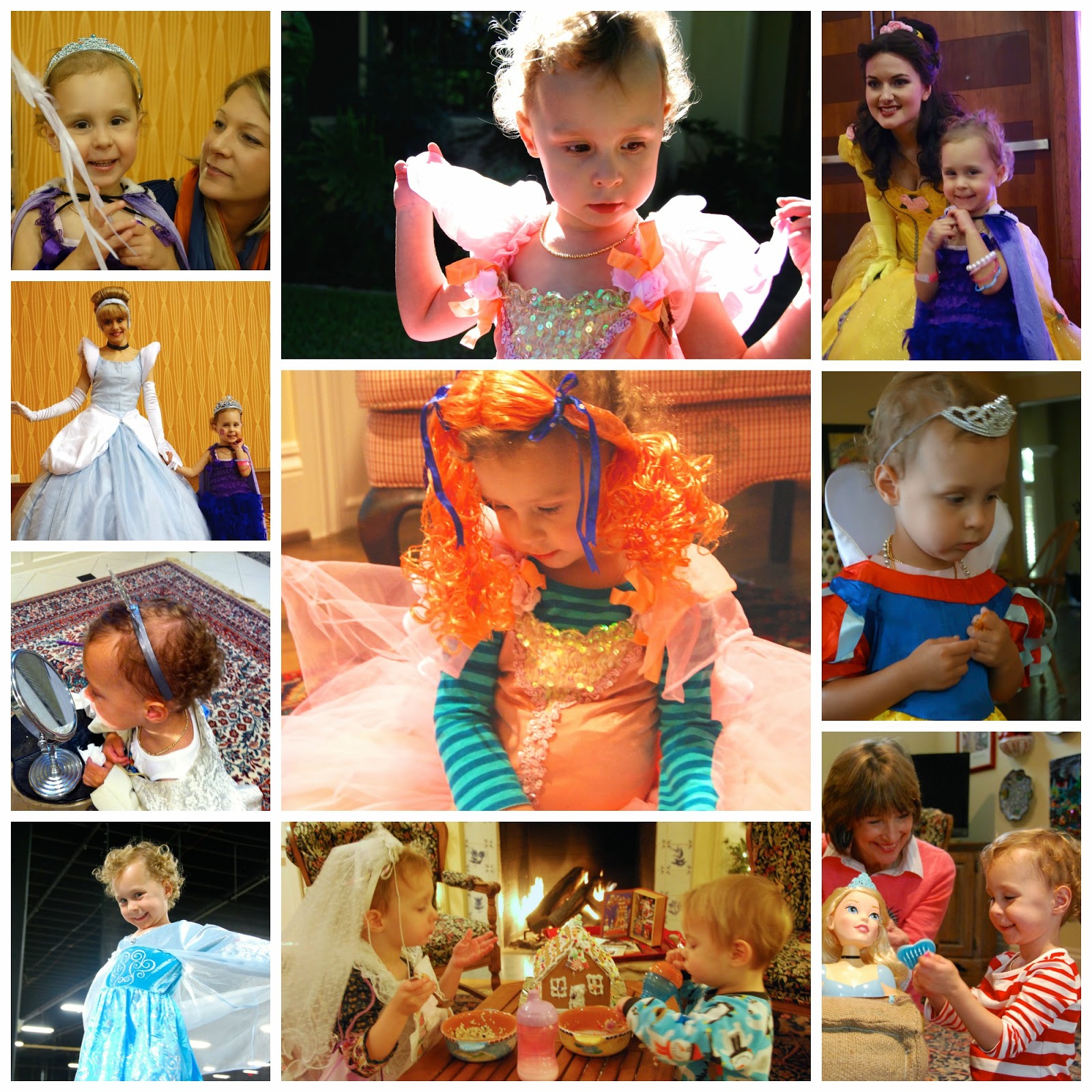 In the fours years Harper has been in my life I know my heart has doubled in size.  She has taught me so much I might have forgotten about the innocence of life, being silly and witty and imaginative, and the fact that I am indeed getting older.

A year since Steve’s death, Harper continues to bring up her memories of Grandy.  I love these times when we can sit and talk about how much he loves her, how amazing he thinks she is, and how he always jumped out of his chair when she came in the door and would throw his big arms around her and said, “Hey Pal!”

There are nights when Harper sleeps over and she often sleeps in my bed with me.  Her method of waking me in the mornings is to hold my face in her little hands and smooth out the wrinkles she finds beneath her fingertips.  I hear her whisper “Honey” so softly.  If I keep my eyes closed for just a brief moment after I wake up, I am reminded so very much of Steve doing the same thing not so very long ago.  Ahh...what a gift!

I am also reminded of my aging condition as Harper sits in my lap.  Thinking we are being sweet and cuddly, Harper plays with my upper arm.  She gently rubs my arm, so lovingly and her little hands gradually find their way to the underneath part of my arm.  Not paying too much attention I soon realize Harper is flapping my loose dangling arm fat between her hands.  “Oh Honey, I do love your arms, they are so fun and squishy.”  I wouldn’t trade in squishy arms for toned ones for anything in the world,  it might deny me the delight of this giggly little gir!

Just the other day we were sitting on the floor when out of the blue Harper asked, “Honey, can you do a somersault?”  “Well, of course I can!”  I stated with great confidence.

I bent over from a cross-legged sitting position and placed my head down on the floor between my legs.  I suddenly realized that if I in fact followed through with this exhibition I would be either (1) never get up again, or (2) I would break my neck.  I mean if it weren’t for Harper I might never have realized that what used to be second nature, something I didn’t need to think about twice.  Now, find I can no longer contort my body into a wadded up ball that flips over on the ground and springs right back up again.  But guess what?  I no longer need to. All I need do is enjoy every single somersault this sweet ball of energy has in her.

If I could, I might love to freeze Harper right where she is...I remember Minnie Mama telling me at age five that one day I would out grow her.  One day I would no longer want to come and spend a week with my grandmother doing absolutely nothing except soaking in the love and special attention she had to give me. 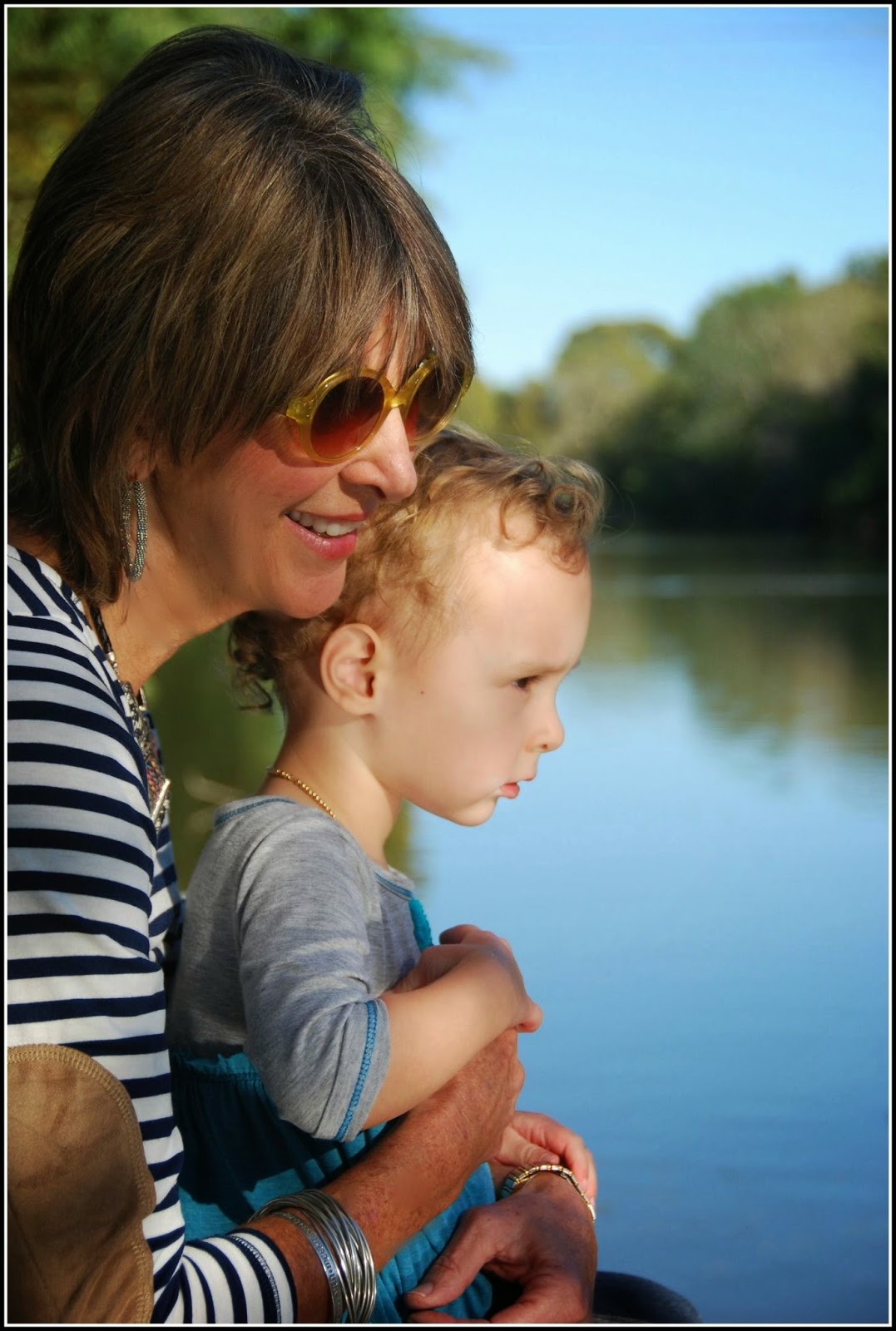 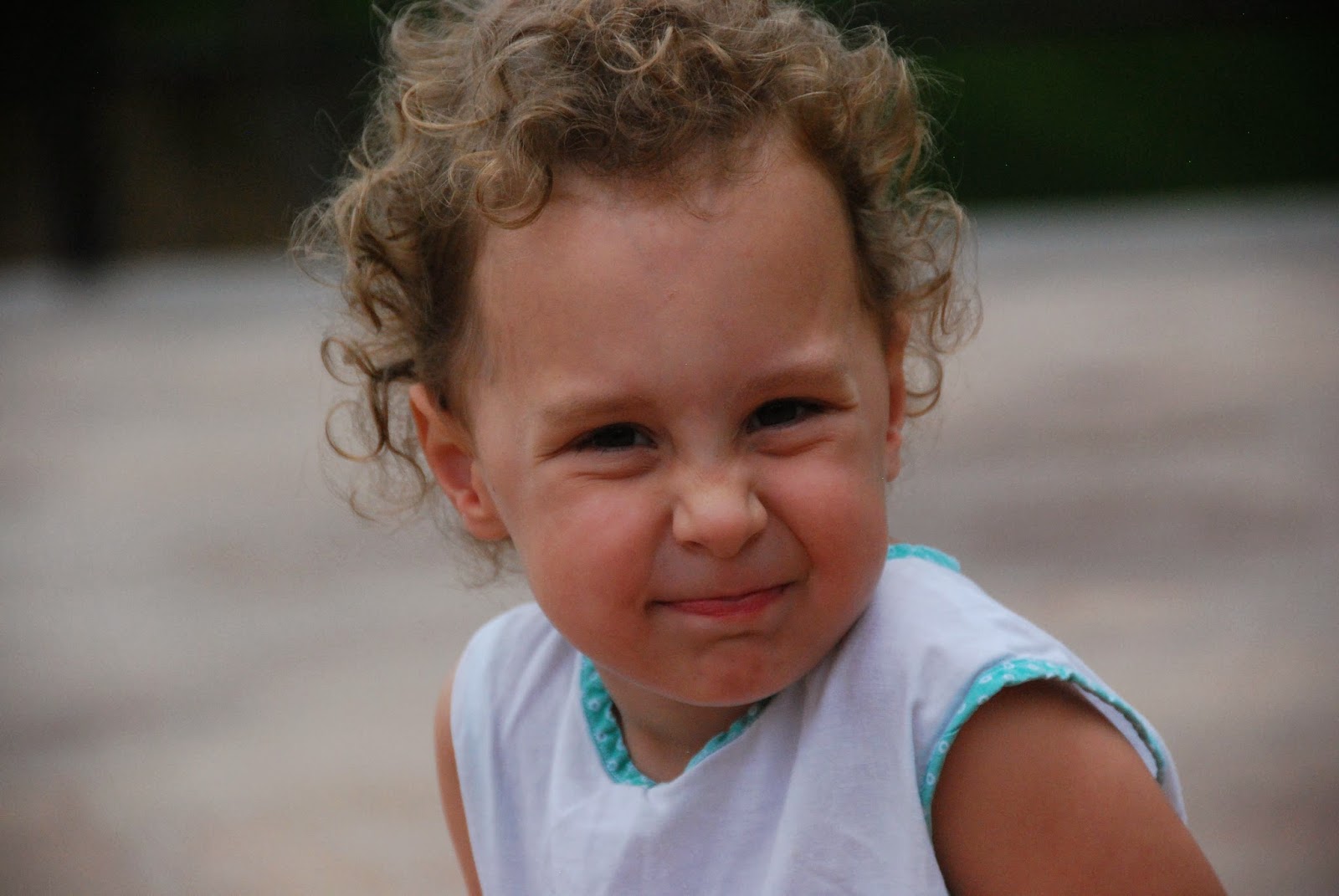 She was right, of course. All grand babies will eventually outgrow us, but until that day I plan to revel in the delight of each of my exceptionally special and perfectly wonderful grand children. 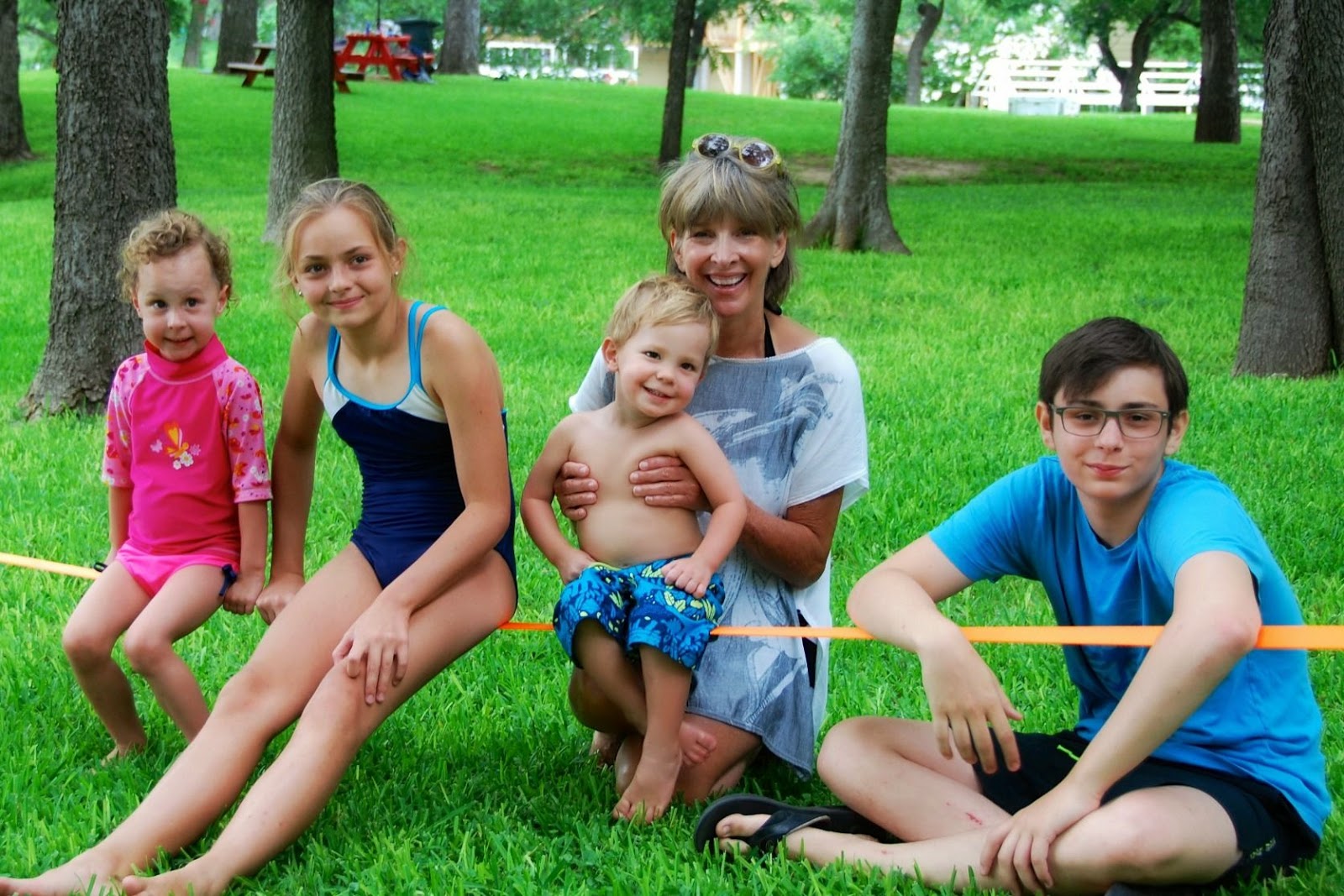 Oh how blessed I am,

James 1:17  "Every good gift and every perfect gift is from above, coming down from the Father of lights with whom there is no variation or shadow due to change."
Posted by Unknown at 5:29 PM