“Hallow-eeen, the witch is riding high…

Have you see-een her shadow in the sky?
So beware, don't you dare scare a ghost, BOO!”

I’m not sure how old I was when I first learned this song. I’m not even sure if I learned it at River Oaks Baptist School or Briargrove Elementary School, or by a neighborhood friend.  What I do know is I have been singing it ever since I first learned the lyrics.

Brooke and Brent sang it with me every Halloween until Brooke learned a different variation from Stephanie Howard. I think she trusted Stephanie’s choice of words more than mine. Now Harper and Harris are the third generation to sing the Halloween Song.

This song may be the only thing that has remained unchanged in celebrating Halloween since I was a child.

If you were a child in the late 50’s and early 60’s, some of my memories might also ring true for you.  Sixty years ago, the common Halloween costumes were accessorized with those Lone Ranger style mask that covered your eyes and the top of your nose. They came in a variety of colors, sparkly for girls, mainly black for boys. Inevitably, the thin elastic string you placed over your head to hold the Domino Mask in place would break halfway through the night, resulting in the most exotic part of your costume resting in the bottom of your trick-or-treat bag.

A second variation of the face mask and very popular in my day were the plastic face masks.  They incorporated any number of notable characters; Casper the Ghost, Bozo the clown, witches, Mickey Mouse or Goofy, to mention just a few. There was really no such thing as the horrifying masks of today, unless you count a green Frankenstein or blood-free Count Dracula.

The main problem with these masks were the eye holes usually hit around mid-cheek, so the wearer pretty much stumbled around in the dark, clinging to a non-vision impaired friend.  They would usually trip over some sidewalk, blood would surface and their trick-or-treating would end for the night…a tragic event to happen to anyone. An even worse problem with the plastic face molds was that trick-or-treating in Houston, Texas on October 31st was always hot, humid, sticky and miserable. You might as well have smothered yourself by pulling your mother's Playtex girdle over your head and cut out holes for your eyes, nose and mouth. Most kids who chose this costume ended up wearing their mask more like a hat rather than a face cover, not very effective when taking on a new persona. 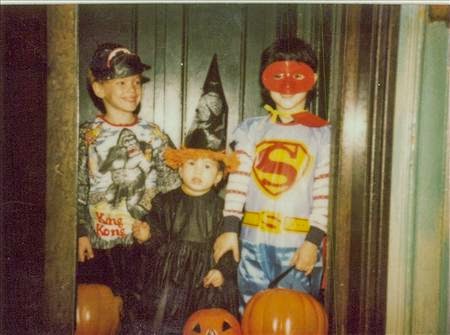 I have looked through all my childhood photos and have concluded that I never had one single picture taken of me on Halloween as a child. I know, whaaa. Now I will never fully be able to embrace my childhood Halloween memories.

Most of the kids living on Valley Forge Drive chose to dress up as gypsies, kitty cats, witches, football players, cowboys, skeletons, or more commonly, ghosts and hobos.

These latter two costume choices seem very un-pc in today’s world. Think of the implications of a child dressed in a hooded white sheet with only the whites of their eyes showing. Dressing up like a homeless person today might not be considered as effective as the popular hobo outfit of the 60’s. 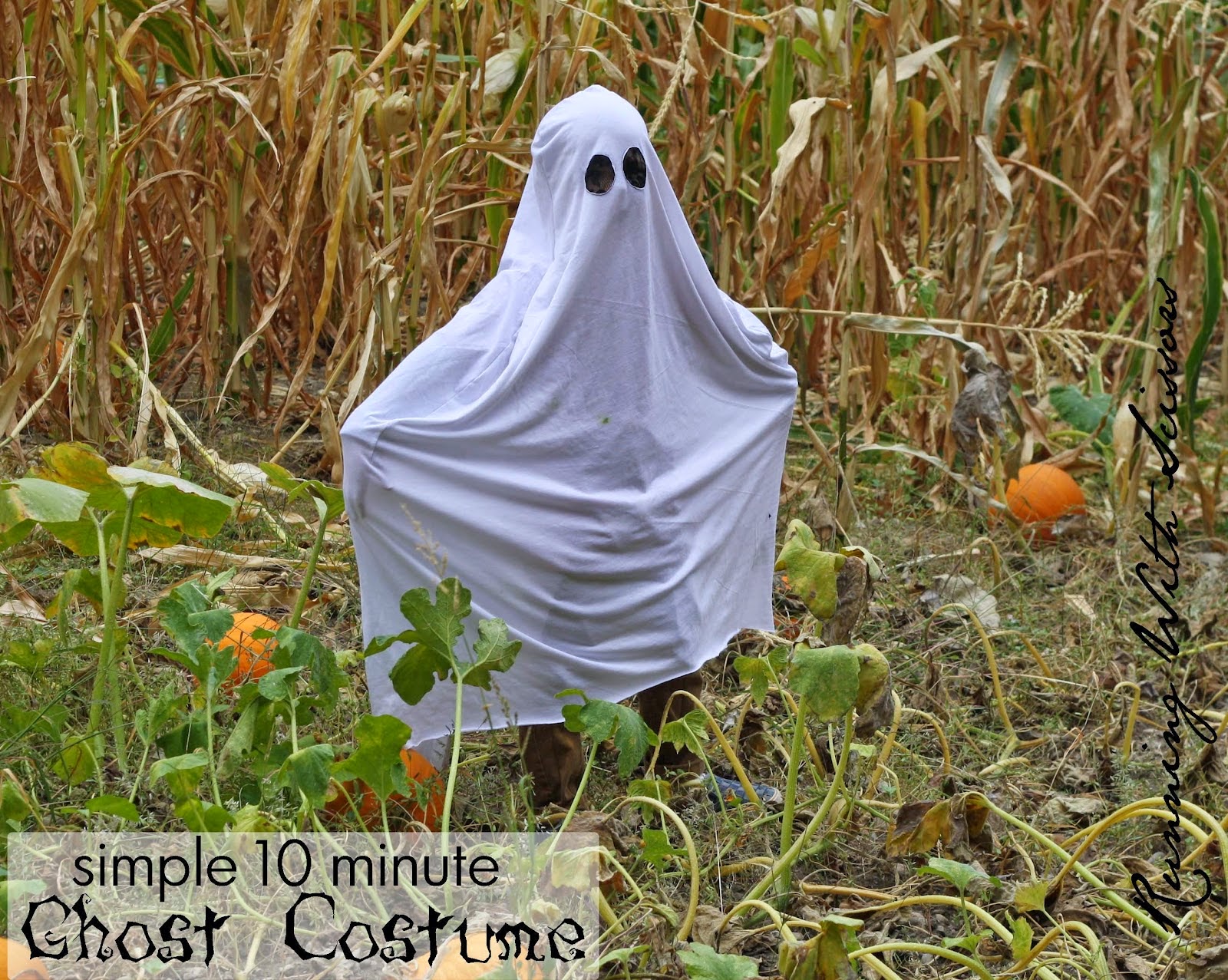 Hobo wear consisted of your dad’s old dress shirt and tie, baggy rolled up jeans with patches sewn all over them, a charcoal blackened face, an old rolled up brown paper bag hanging from your mouth, which was supposed to look like a cigar, and a knapsack on a stick thrown across a shoulder. I think I was a hobo for at least five years, but who would know, as no one ever took a single solitary picture of me on Halloween. Whaaa. 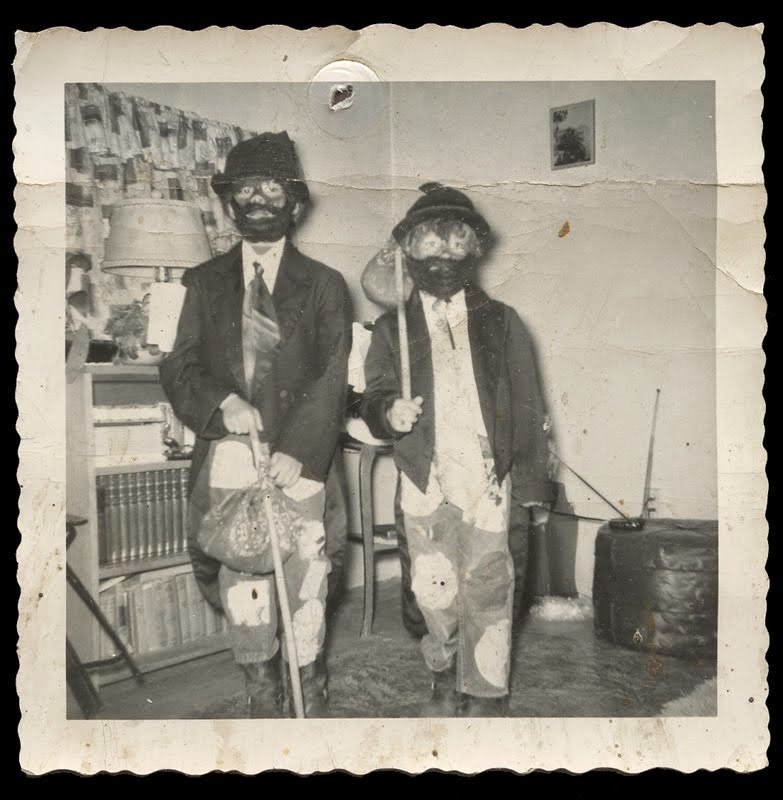 Speaking of brown paper bags, who says we didn’t recycle in the 60’s?  I mean, there was the hobo cigar, there was the decorated brown paper grocery bag that was carried to shove as much candy in as possible (until you graduated to the pillowcase, which was the best candy toter ever thought of). Even when it wasn’t Halloween we recycled those grocery bags, who didn’t cover their school text books with those bags? Whose mom didn’t use those grocery sacks to absorb the grease from their homemade fried chicken, or the morning’s bacon drippings, or all the other deep fried “healthy” food that went into our bodies? I’m off topic, I know.

As we grew, so did our neighborhood Halloween boundaries. The younger years were spent with parents walking down the sidewalks while we ran from door-to-door. Boring. Finally, the day came, I might have been all of 8 years old, when I was allowed to run the streets with  friends. Our boundaries and curfews slowly expanded with each year, and by the time we were all too old to trick-or-treat our territory was broad and our pillowcases overflowing. Halloween was so cool!

Quality of candy was essential and time wasted going to a house with crummy candy was maddening. My mother was a very frugal person. That being said, our house was one of the few houses that was shunned for bad candy. I was embarrassed every year. My Mother would pass out lollipops with the soft squishy u-shaped handle, the hard sticks were much preferred, but, much more pricey. She would also buy Necco wafers. These were the cheaper version of Sweet Tarts, only they forgot to add the sweet and the tart. Eating Necco wafers was consistent with sucking on tiny pieces of colored chalk.

Cindy Knocke, a dear friend of mine, told me that, being the good Catholic girl that she was,  she would pretend the Necco's were communion wafers, and would administer them to her friends with great reverence. Boy they were a nasty candy, but my mother continued to hand them out, and disappointment followed any trick-or-treater that left my house. I was mortified. 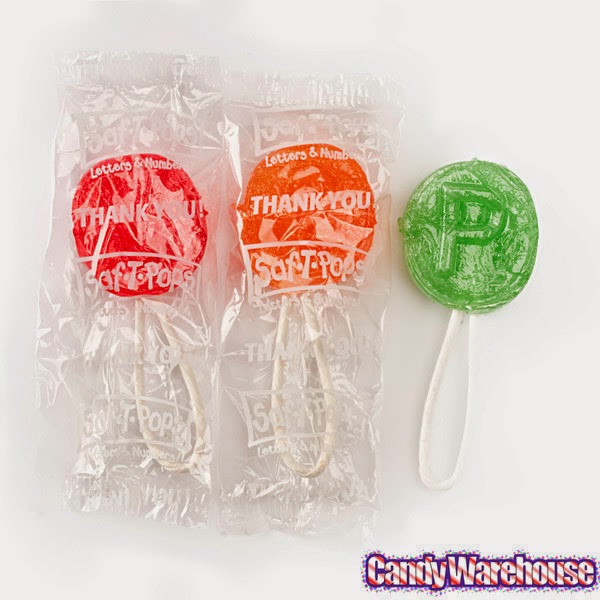 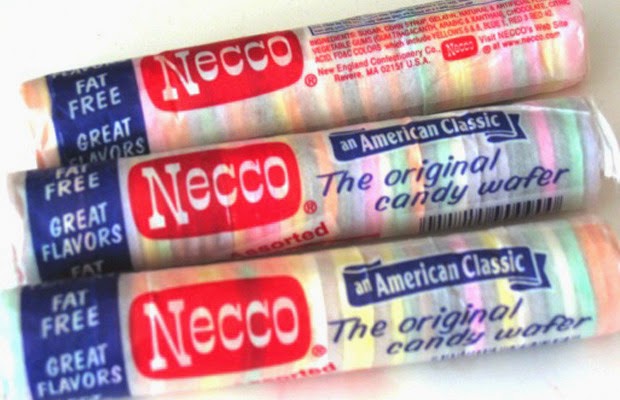 Consistently, there was at least one very cool Halloween house within several blocks of mine. This house was constantly at the top of our go-to list. I was always so remorseful that it would never have entered my family’s mind to have our home be the desired hot spot of the neighborhood.

These exotic families (the families never seemed to go to this effort more than once in a lifetime) would turn their garage into the creepiest spook house ever. Oh, they were the best! The mom was always dressed as a wicked witch, slowly stirring up a  large black, steamy caldron of dry ice (so exceptionally eccentric), evilly ladling out cold apple juice, so impressive, so Halloween. Entering the pitch black garage, we were told to feel the peeled grapes in ice water…plucked eyeballs! Cooked noodles sitting in strawberry jam…brains! Oh, the wonder of it all was overwhelming. The candy you left with was always the very best…M & M’s, Super Bubble, Tootsie Roll Pops (on a hard stick). Leaving, the best spook house ever, the metal trash cans sitting just outside the garage would start clanging and out would jump an older sibling dressed in a white sheet eerily yelling “Booooo!” We would run, shrieking down the driveway, dissolve in laughter, roll around the front lawn until we realized we were wasting valuable time and off we would go to stuff our pillowcases to capacity.

Grown-ups never dreamed of dressing up. There were no Halloween parties, no school carnivals. I never remember carving a pumpkin until I had children of my own. The only Halloween decorations we had, we made in school. Kleenex ghost that hung by their necks on string, black and orange construction paper link chains and jack-o’-lanterns cut from the same orange and black construction paper. 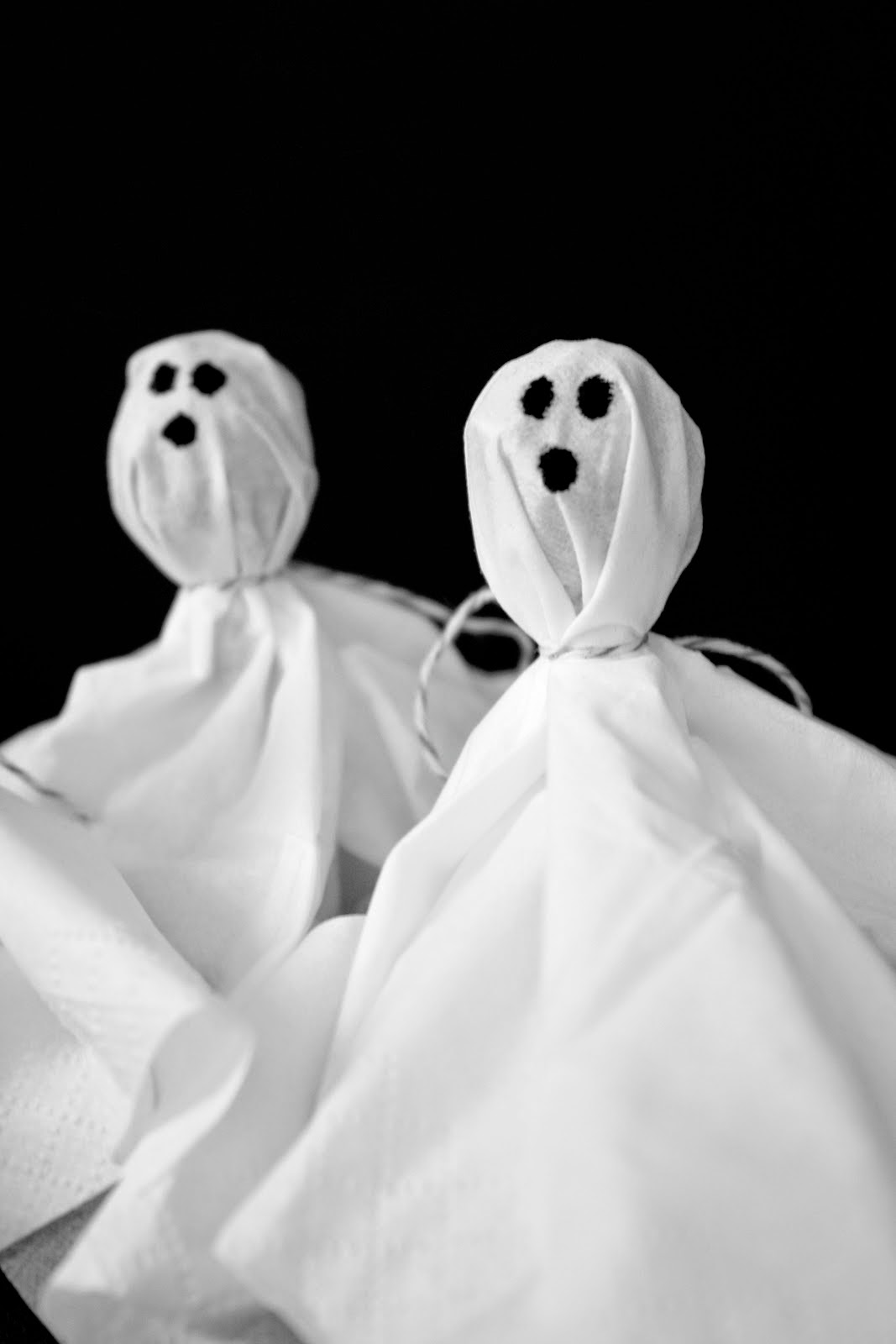 I look at Halloween today and it is amazing how it has evolved. Store decorations start popping up in late August. Homes with lawns covered in blow-up witches, ghosts, pumpkins.  Adults and children alike begin planning their costumes the day after Halloween in order to be prepared for the upcoming year. Parties and school carnivals gear up with bells and whistles in to order sidestep the danger of trick-or-treating. Everyone dresses up in their costume no less than 3-4 times a season.  One must do this in order to cover all the festivities that this holiday brings.

While I long for those innocent days of running wildly through the streets collecting candy with my friends, they somehow seem to pale with the excitement and hype of Halloween today.

I guess you love most what you experienced as a child. Those were moments memories were made of and can never be duplicated.  I know I would love nothing more than just one more time, to see my mother standing in the doorway of our Valley Forge home, holding a big bowl of Necco candy wafers. I know I would run up to her and, as taught I would only take a single roll of that horrid candy wafer. I would say thank you, as taught,  and skip off to the Sander’s house, then the Hick’s, then the Patterson’s…but not before I turned around and hugged my sweet mother with all my might, I would thank her for being my mommy and for loving me with all her heart.

Ecclesiastes 3:1 “To every thing there is a season, and a time to every purpose under the heaven.”

Disclaimer:  These photos were images taken from Google, as I have no Halloween pictures from my childhood.  I know, whaaa.