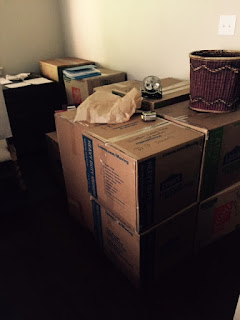 Obsessive Compulsive Disorder has always seemed foreign to me. I think of myself as a fly-by-the-seat-of-my-pants, catch-as-catch-can, willy-nilly, pell-mell type thus, the purchase of: 1) an old truck that lasted for 17 days 2) an old dog, I do so love Lucy, and 3) the owner an even older house. I’m sure the list of haphazard things I have done and most likely will do in the future will never find me in the OCD category.

In the last month, I have been greatly enlightened that I may well have mischaracterized myself. Allow me to start at the beginning. Living alone for 3 years, I never realized how set in my ways I have become. Okay, to be totally honest, maybe I did realize that I am now one of those people who has a place for everything and everything in its place.

My epiphany came about a month ago when the Meabons Four sort of moved in with me. Brooke and Jared began renovation on their home the day the contract to buy my existing home was signed. My household of 1 became a household of 5, not counting Lucy, my fish (Johnny Weissmuller) and their frenetic fish (Barbara Bush). This was the beginning of crazy chaos.

Back to the epiphany that I might be a tad OCD.  My morning routine would begin by walking into my kitchen and attempting to make one counter-clockwise sweep around the perimeter of my kitchen gathering all the items I needed to make my cup of lemon water. My goal, not to backtrack. I did this very consciously, it became sort of a game, a challenge to see how many footsteps it would take me to get a spoon from the drawer, then a cutting knife, grab the tea kettle, fill it with water (a small backtrack was necessary here), place the kettle on the stove and continue my rotation. I would grab a mug, a lemon from the refrigerator, vitamins from the pantry and be back to my starting position in as few footsteps as possible. A little OCD?  Absolutely, it simply never dawned on me that this might be peculiar behavior.

I realized that I also have a similar getting dressed ritual, a 3:00-6:00 ritual and a bedtime ritual. Okay, I’m a lot OCD and I’m now claiming it with great aplomb.

Since May 30, my quiet little world has become pure bedlam. I can’t and don’t blame this totally on the Meabon Four, because added to this little equation are ever increasing mountains of moving boxes.

Nope, I now have readers strewn all over the house, on shelves, in closets, on the floor. I found a pair in Lucy’s dog bowl yesterday. I have no clue if a little Meabon did that, or in my boxing haste, I put them there.

My refrigerator has not seen as much activity in its lifetime. Once upon a time, it was bare except for milk, cottage cheese, hummus, lemons and wine. Now, it is busting at the seams, stocked full of well, who would know because it’s so packed.  A pair of my readers might well be hiding in there. 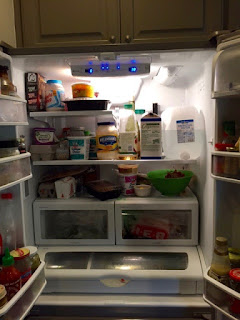 My now messy make-up drawer, is strictly the result of a Meabon, a 5 year old little girl Meabon to be exact. Harper loves nothing more than plowing through all sorts of my facial products testing each to see how lovely she can become.

My 3:00-6:00 ritual, watching Ellen, Judge Judy and the Nightly News…gone, replaced by hide-and-go-seek-shoot, Harry’s favorite new game. Cowboy guns in hand, Harris counts (always skipping the number 13, no reason, he just does). I hide among stack of boxes, once discovered, the shooting begins until one of us dies, plopping over low lying boxes that have become rocky mountain cliffs. Not very PC at the moment, but hey, what 4 year old little boy doesn’t want to be a gun-slinging cowboy?

I won’t even try to explain that my counter-clock wise morning routine is non-existent. Now, my mornings begin with little faces appearing at the side of my bed. Our day begins snuggled under the covers with a wild and adventurous “once upon a time, in a far away land” tales accompanied by lots of back rubs and giggling. Breakfasts consist of frog guts, snake juice and possum spit. The doldrums of continuous packing now goes hand and hand with imaginary adventures that makes our days pass all too quickly. 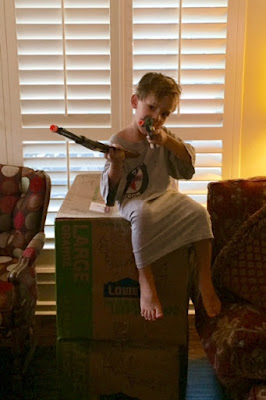 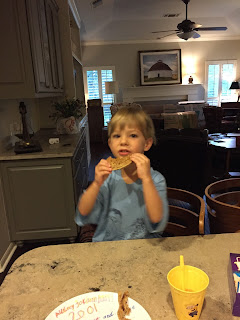 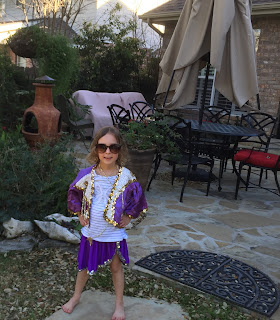 I've learned its best that along with my quirky OCD stuff, I’m more willy-nilly, pell-mell, loosey-goosey, because in all this crazy chaos, I am as happy as a pig in mud. I love nothing more than a bulging refrigerator, a precious boy climbing a mountain of boxes to pretend he is a knight in shining armor, or a sweet little girl dressed in her mommy’s old dance costumes sitting primly on piles of rolled up rugs because they are, after all, her majestic throne. 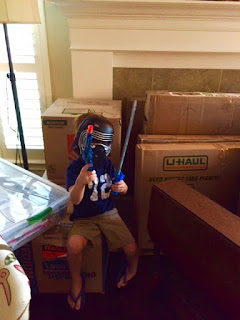 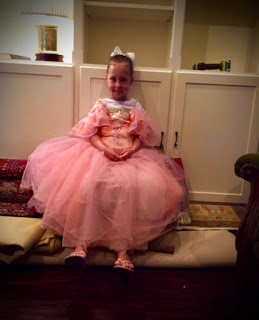 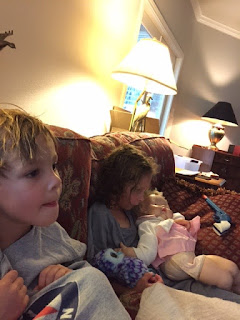 I’m sure these weeks of togetherness will all be over in the blink of an eye. Too soon, I will be in my new little house and the Meabons will be back in their newly renovated home. My strange OCD routines will more than likely grow and I will long for the crazy pandemonium of the Summer of 2016, but until then, I’m wallowing in this sweet chaos and thankful for every second.

Proverbs 17:6 “Grandchildren are the crown of the aged, and the pride of children is their parents.”