I have a pearl necklace…

I was reminded of my pearl necklace today as I was cleaning the lint from my clothes dryer.  As I pulled the small amount of fuzzy gray matter from the lent screen the thought of my beautiful pearl necklace came to mind and I smiled and then I laughed and then I came to sit down and write. 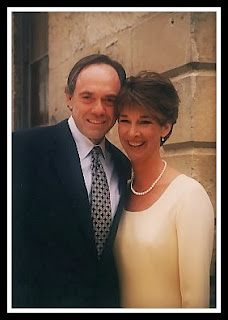 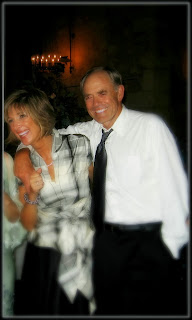 My pearl necklace has become a very long one.  It can loop around my neck several times and still drape as gracefully as it should.  I should tell you that each pearl on this strand is perfect in its own right.  Steve selected each perfectly round smooth pearl and laid it carefully in front of me as I nodded in agreement with him. It was then strung into this amazing piece that I love to wear and often share.

I’ll begin with the lint pearl.  The first time Steve came to visit me in Midland I was pulling a load of clothes out of my dryer.  Without thinking, Steve casually pulled my lint drawer open with tug and out it came, so full of lint someone might have thought it was a small furry animal.  Pearl #1:  “Janet, do you ever clean out the lint?  Don’t you know that you should clean the lint, every time you dry your clothes?  Dryer lint is a major cause of house fires, please promise me you will never put in another load without first checking your lint screen.”  My strand of pearls began.

Many of my pearls were a fiery iridescent.  They dealt with changing the batteries on smoke alarms every year, carbon monoxide detectors in every home of each child, fire ladders in every upstairs bedroom and never leaving the house with the clothes dryer on.

Other pearls were a bit more significant.  They were greater in density, meaning they were made with a greater amount of calcium carbonate.  They were my safety pearls.  Lynn and Brooke were also given replicas of these pearls:  “Don’t drive down Orsinger  Road, it’s unsafe” (we soon renamed it Ted Bundy Lane).  “Be careful when you get out of the car in a big parking lot, you never know who might be waiting.”  There were quite a few “Ted Bundyish” pearls particularly for the girls.

There were many driving pearls.  These were tolerated but not always among my favorites:  “Janet, you drive too aggressively, slow down, you didn’t look before changing lanes.”  Now as I’m driving, I love thinking of those pearls as they make me laugh because I know how very much love went into every one of them.

Some of the pearls Steve gave me, well I think they might never have quite made it on my strand.  I’ll call them my baroque pearls:  "Metamucil really taste good, once you get use to it, you should drink it first thing in the morning...it's a regulation thing." or “Don’t park in a parking lot where shopping carts can roll down and ding your car or where another car could ding your car.” then there was "Women and birthdays--why?  Men don't even know how old we are, nor do we care!" (That one was repeated monthly.)  “Always watch the checkers at the grocery store, inevitably they scan an item and it’s always an overcharge.”  Here's a pearl I never even considered:  “Why would you buy that?   Where in the world are you going to put it?” and last, but not least the dreaded pearl...“Janet, money lessons are a good thing, try to pay attention for just a little longer...Janet have I lost you?  I have lost you, haven’t I?” 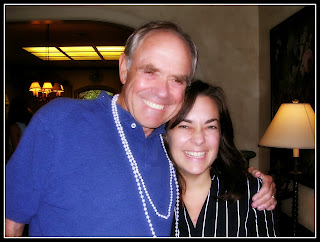 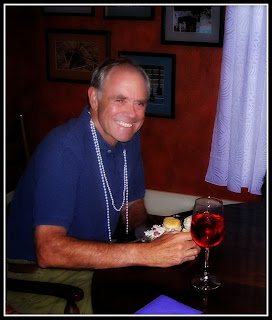 Two days before Steve died we had a good day.  Bonnie was with us, we had finished dinner and Steve was lying on the sofa.  We were talking and laughing about some of these bits of "wisdom" that I had chosen to ignore over the years.  Steve, chuckled telling Bonnie, "Janet simply has a different view of life than I do."  I laughed back and asked, "Just what is my view and how is it so different from yours?'  Words were difficult for Steve now so he simply smiled, his eyes twinkled and he said, "My philosophy is sound and yours...is yours."  That being a pearl of its own, I went to him and wrapped myself around him.  I looked up at him and asked, "But you do so love me, don't you?"  Holding me gently he nodded and whispered, "More than anything."  "I love you more"  I said and I held him in my arms as tears ran down my face onto his chest.

The most valuable pearls I share readily and with great love because I feel there is such wisdom behind their luster they are called nacreous pearls.  I never take credit for picking these gemstones out because these are all hand picked by Steve and I love each one:

“Unmet expectations in others will always disappoint you.”

"Life is a lot like The Seinfeld series, if you pay attention every life relates to that episode somehow, some way."

“There is no condemnation of character, nor reason for feeling disappointed in a child’s behavior.  Rules are guidelines, if broken, follow through and consequences are certain to happen, but always with love."

“If you wake up in the middle of the night, you might as well go to the bathroom then.  Otherwise you will just wake up and have to go again later.”

Here’s one of my favorite pearls.  I have shared it with so many single younger friends, as have Brent and Brooke.  It is easy to pass by as it seems translucent, but it is really worth looking at:  “You either breakup or you get married.”

"I'll rub your foot if you rub mine."

“The ‘Black Book’ is the only way to handle financial issues with older children and teenagers.”  Explanation, instead of arguing over allowances, the need to buy clothes, money for entertainment...Steve set up a ledger book.  Each child had a generous allowance, the money was recorded in the Black Book.  If money was unspent by the end of the year Steve would add generous interest as incentive to save.  If consequences occurred (Brooke buying a European magazine for a Young Life trip and spending $10.50 on it without a second thought)...then amounts were deducted from the book.  It worked so well when Brooke went to college she didn’t want a checking account, she asked to have the Black Book method.

“Never let a time go by when you are speaking to your child that you don’t tell them that you love them, you are proud of them, you think they are amazing--never, no matter how old they become.”

"It's always important to validate another's feelings, even if you disagree with them, they are still feelings and deserve to be acknowledged."

“As your children grow into adults, they have choices.  They may choose to come visit us or they may choose to do something else.  It is up to us to make each visit special so they will always look forward to the time they spend with us.”

“Never set the stage for your adult children to feel conflicted about visiting you.  They have many choices to make, family members to visit, vacations to take.  Always let them know that whenever they can come to see you...it is always the perfect time.”

“You should always have something you dream of owning, but never allow yourself to own it because once you buy it, your dream is gone.”

On dying:  "If I have never done anything well, I am going to make sure I die well."  That is the truest pearl I own.

My very favorite pearl, the mother of pearl, lies deep within the strand and stands out with a unique luster and translucence among all the others:  “Janet, you have made my life happier than I could have ever imagined.  What would I have done if I had never found you?”

I told you my strand is long and each pearl is unequalled.  As I rub my fingers around them I can feel the care and love Steve has for me and for his family as he was a giver. He was our caretaker and my pearls are a precious treasure that I can always share.

I have many more marvelous pearls on my strand, these were just a few that caught my eye today.  As I clasp them around my neck, they hold such value, they are irreplaceable and they lay right next to my heart.

Here, borrow them if you wish, they are worth wearing.